Cupido’s partner CNR, Finceramica and Plumestars have closely collaborated during this period to establish the first proof of concept of the therapeutic efficacy of the ultimate formulation of Cupido nanoparticles: a dry powder of Calcium-Phosphate nanoparticle (dpCaPs) loaded with a known therapeutic molecule. The tests have been performed on mice with a specific cardiac disease and their heart activity has been monitored by a non-invasive technique: echocardiography, which uses sound waves to produce live images of the heart and its valves. 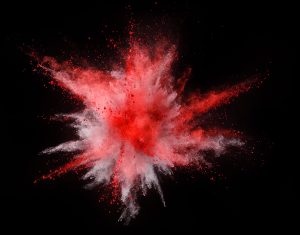 Furthermore, the ultimate dpCaP formulation was administered via inhalation by a custom-made inhaler for small animals, which was generated and developed exclusively for CUPIDO. The first prototype of such a dry powder inhaler was improved based on the feedback collected in the first test campaign. The updated inhaler is now suitable for the first inhalation trials.